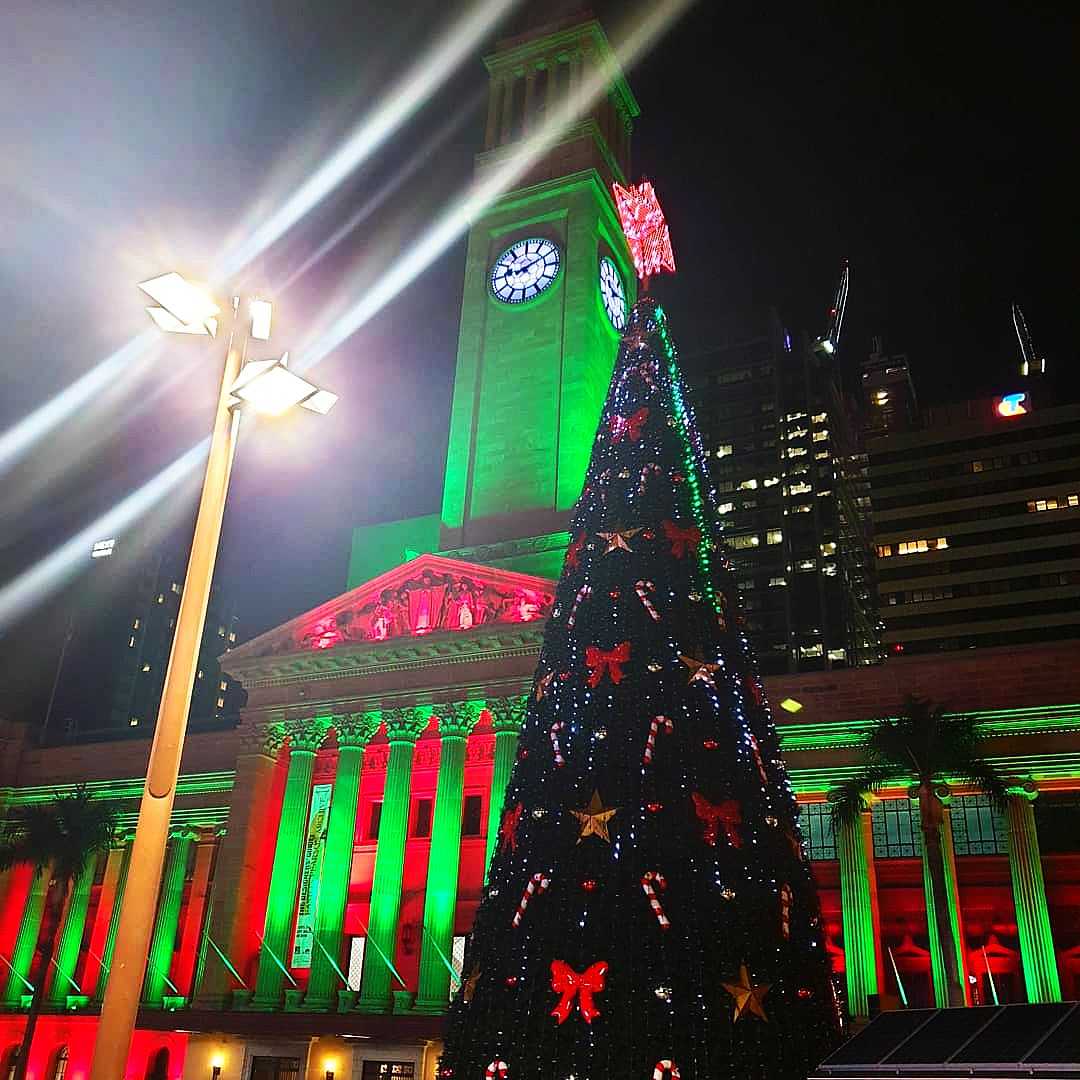 I’m a Brisbane (Australia) girl, born and raised. My trip to New York City for Christmas is a long-held dream to experience a white Christmas and I think this year will possibly be more than I can handle!!

Growing up in Brisbane in an Italian family, our Christmas was one of cramming a big family into a small cottage in the inner north-western suburb of Red Hill for a hot lunch of chicken soup with raviolini followed by roasts and salads. There was always cannoli, crostoli, pasta mandorli and all kinds of other Italian sweets to follow too. The matriarch, my Nonna Maria, presided over an under-the-house area with concrete floors and long tables at which sat her extended family: six children and spouses, fourteen grandchildren and, after lunch, various extended uncles, aunties and family friends.

There was a black and white TV and the older boy cousins monopolised it to watch cricket. My Dad used to prank all the kids to keep them occupied. One year, he had us all line up in order of age and height and gave us each a spoonful of ‘sugar’ but warned us NOT to tell the others behind us how good it was. It was actually epsom salts, as bitter as can be! But he administered us all a tiny dose of the crystals and we all reacted either by ugly-crying, spitting, telling our Mums or laughing our heads off.

The house was sweltering! My Nonna and aunties would be in the laundry – the makeshift kitchen – stirring big pots of soup and tending to the roast chickens and lamb. The men would be playing cards, drinking beer and ‘acqua fresca’ (cold water). Finally, when it was time to eat, there’d be the smell of parmesan cheese being sprinkled over the soup, and of course, the aromas of the roasted meats plus the abundantly filled glasses of home made vino.

After lunch, my Dad always had to have a nap under the citrus trees. They’d grown tall and bushy over the decades and were quite shady in the backyard. Dad would lay down a blanket on the grass and invite anyone who would listen to join him for an afternoon nap. Kids bolted in all directions to avoid it. To this day, some 40 years later, the smell of squished, decomposing oranges, lemons and mandarins always reminds me of Dad’s backyard naps at Nonna’s. It probably wasn’t as profuse in summer due to citrus being out of season, but the site of my sweaty Dad, belly full of Christmas food and happily satisfied that he’d tricked all the nieces and nephews into his latest prank is a vivid memory.

Here in Australia, the main Christmas meal is lunch. It could be prawns and oysters at the beach, cold ham, salads, Christmas pudding and cheese log at home or steaks and snags (sausages) on the barbie (barbecue) outside. Still, for us, it’s always been some kind of pasta followed by some kind of roast and vegies, plus salads. Dessert is usually a pavlova, fruit salad, maybe a sticky date pudding and ice cream. The air conditioning is cranked to its coldest and struggles to chill the space with the number of people in it, all milling around excitedly.

When we lived in Hobart from 2004-2006, we had two glorious, cold Christmas experiences. There was a fireplace involved, huddling under the doonas on the couch, watching TV, and … still the same foods! Back in Brisbane, I hosted Christmas at my house 11 years’ running. It was always a lasagne, roast lamb with gravy and roasted vegies and relatives would bring salads, pavlova, sticky date pudding and so on. Dad passed away in 2012 but every year before that, he was the lamb carver. I would always cook the roast lamb the night before because there simply wasn’t enough oven space on the day. I’d make a beautiful, tender roast and Dad would come over about 9pm to fire up the electric carving knife and get stuck in. His pleasure was being allowed to eat all the good, crusty bits! “No one else has seen them, they don’t know!” he’d say. We’d lay the slices in a glass platter, alternating with gravy and then put it all in the fridge to be reheated on Christmas Day. I really miss my Dad on Christmas Eve, specifically for our special moments over the carving of the lamb and the utter delight on his face as he’d munch on the good bits.

For me, I tend to get melancholy around Christmas time (and most other special days of the year). I’m single and wish I had that beautiful companionship that you can rely on for cosy loving-ness around those times. My sons both work in retail so they’re barely home. They get Christmas Day off and then have to turn up to work bright and early on Boxing Day for the massive sales. Our Boxing Day sales are the equivalent of the U.S.’s Black Friday sales after Thanksgiving. They also go to their Dad’s for half the day so I find myself feeling teary and exhuasted.

Choosing a big, fat, New York Christmas for myself

This year, I decided to stop moaning and groaning and get my butt off to somewhere cold, exciting and utterly spectacular for Christmas! First stop is Phoenix where I’ll be staying with a friend. I’ve booked to go to Prescott, Arizona, dubbed the state’s “Christmas City”. Positioned at a high elevation, there could be snow and there’ll definitely be lots of festive spirit. I’m looking forward to egg nog, hot cocoa and other Christmas-themed foods and drinks. Then … *drum roll* … it’s off to New York for THE Christmas experience! I’ll be staying in a hotel whose interior looks like a jewellery box. We stayed there in April and it was just gorgeous. It snowed there a couple of weeks ago and the staff who responded to me on Facebook, asking if it was actually snowing there showed me a CCTV screenshot of the stoop where there was, indeed, snow!

Now I know it may not snow on Christmas and I’m prepared for that but considering the lengths New York goes to with decorations, events and festive spirit, I won’t feel like I’ve missed out at all. (But I’m still crossing my fingers for snow.)

Over this past weekend, I helped my cousin celebrate her 50th birthday with an overnight stay in the City. We wandered around the Queen Street Mall looking for signs of Christmas life and to be honest, it was so underwhelming, I felt disheartened. Even the big tree in front of City Hall is barely lit. It’s dim and understated and not in a stylish, minimalist way.

So bring on Christmas 2018, New York-style. I can barely contain my excitement and I will be looking to experience as many Christmas-y things as possible, perhaps even enough to get full-blown Christmas overload. But if you hear me complaining, stop me!!

Eating and Drinking in Prescott, Arizona

How to Get Your Butt Out of the Country for Christmas