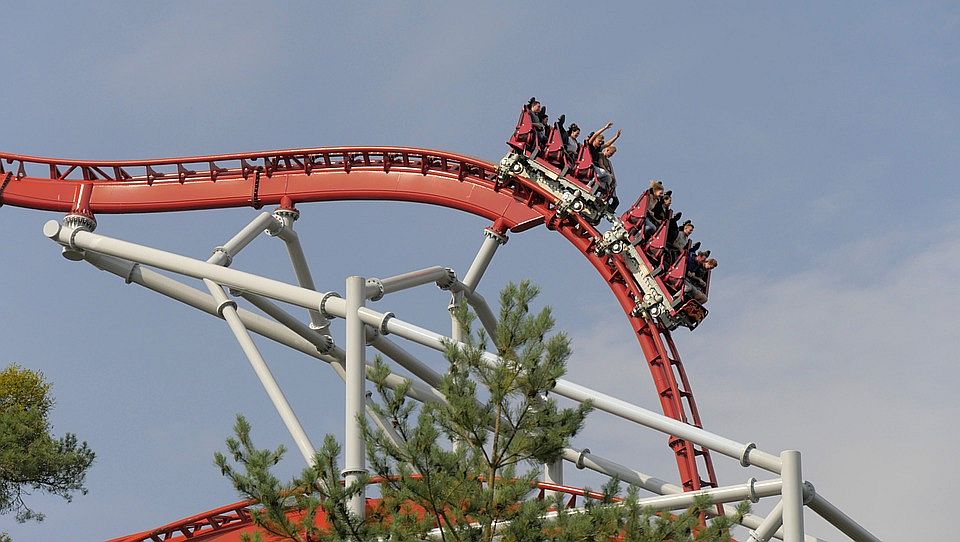 So. Menopause. I’ve kind of been cruising through it, to be honest. But ohhh, it can be a roller coaster ride of hormones, emotions and physical changes, am I right? Things you don’t expect, things you do expect, and every woman has a different story. Here’s how mine’s going.

Firstly, let me say that communicating about menopause is no big thing for me. I don’t believe that bodily functions should be spoken of in hushed tones. So what? It’s a life stage, let’s discuss.

How I feel about menopause in general

I’d kind of been looking forward to it, to be honest, in a “let’s get this show on the road” kind of way. I remember my mother going through it and it was all about the mood swings, hot flushes and migraines. We used to duck for cover if her mood switched to ‘mad cow’ but it didn’t happen that often. For me, mood swings have made themselves known during my reproductive cycles but I was never bitchy, angry or nasty. Every month, I would get clingy and needy. “Do you loooooove meeeee?” type of clingy, looking for affection, validation and approval. Just as sucky in my opinion but at least I wasn’t lashing out at anyone.

In 2005, I had a hysterectomy to correct a prolapse caused by two decent-sized tenants AKA my sons not putting the furniture back on their way out! I retained my ovaries so I continued to ovulate and didn’t go into premature menopause but having no uterus meant that I no longer had menstrual bleeding. I was still able to track my cycles because of the dastardly cravings and deathly tiredness that wrack your body the day or two before bleeding would ordinarily start.

By the way, did you experience the same thing before periods? Those cravings! You’d search for anything in the house that would satisfy, but nothing would. Chips, chocolate, biscuits, ice cream … at a stretch, you’d go for hardcore cacao in milk with a bit of sugar. Then you’d pass out on the couch at 8pm, out to it like a drunken sailor and wake up at 3 or 4am wondering where you were?

But back to menopause. Without menstrual bleeding, it’s not as easy to know when your cycles are going haywire. I asked my GP for a blood test and it confirmed that yep, I was in menopause. Actually, all those signs and symptoms are technically part of ‘peri-menopause’. The real deal – MENOPAUSE – is the point at which ovaries stop releasing eggs. You won’t know what day that is but one day, no more periods. Just to keep things simple, let’s still say ‘menopause’, hmm-kay?

I was looking forward to it. Since I was electively barren anyway (no uterus), my former reproductive cycle was redundant. When Nature was good and ready, I’d be happy to follow the winding path to freedom, even as the lush, green cottage garden walkway stretched into a cracked, dried pavement. And to be honest, that analogy ain’t far from the truth.

Ugh, where do I start? I can’t say mine have been too traumatic or dramatic on the whole (unless, eek, I’m still to reach those!).

First, I started with the night sweats. Fortunately – or unfortunately – I sleep alone as I’m single, but if I did have a bed companion, I’m sure he’d be pretty grossed out. I’d wake up covered in sweat from head to toe, the bed resembling a biological slip-n-slide! The fan and the air conditioner did double duty, even in winter when, again, lucky I slept alone because my bedroom had to be set to ‘Antarctica’ some nights.

I also had the hot flushes (hot flashes for Americans). I barely get those anymore but they’re very disconcerting. It feels like you’re blushing but then goes the extra mile. I found that I would sweat mostly from the back of my neck and also from about the middle (horizontally and vertically) of my back. Lovely, dripping sweat tracing a line down to and into my butt crack. Delightful.

I have to back-track a bit here. I have the ‘vicious cycle’ of health issues (which I’m working on): sleep apnoea, high blood pressure, pre-diabetes and I’m overweight. But the hypertension would spike when I’d wake up startled in the middle of the night, having a hot flush!

These run in my family. My poor mother had Interstitial Cystitis for decades before it was properly diagnosed and ultimately, had to have her bladder removed when the infections became relentless and the pain too much to bear. She was taking Endone towards the end when a godsend of a Urologist said she could have the surgery. She’s now thriving with a urostomy bag and no more agony! My UTIs were starting to happen almost monthly. The one thing that seems to keep them at bay for me is high dose Vitamin C which acidifies the urine and inhibits the growth of the pesky bacteria that cause the infection.

Annoying!! There’s nothing like a good, satisfying poo!! And did you know that when you shoot out a really good, emptying bowel movement, nerve endings in your rectum rejoice and you get a shot of endorphins? Sing it, sister! Unfortunately, that doesn’t happen too often for me and I’m constantly searching for answers. I’ve done colonics, vitamins, prebiotics, probiotics, enemas, stool softeners and laxatives and chugged water, eaten pears, prunes and dates, and experimented with exercise and sleep. Everything contributes to a degree and I’ll address all of this in another post some other time. At the moment, I’m taking LifeSpace ‘Bowel’ probiotic and green banana resistant starch (prebiotic) and they’re doing pretty well.

Listen here, Menopause, are you trying to train me for dementia??!! Oh god, the brain fog is the pits! Sometimes I forget what I’m about to say in the middle of a sentence!! It’s especially awful in client meetings or on the phone to a client.

Well I already have sleep apnoea and use a CPAP machine, but I’m talking about waking up multiple times a night, sometimes to go to the bathroom. Happily, that hasn’t happened lately.

My skin is already a bit challenging. I have one foot in puberty and one in menopause. I get acne breakouts every month to varying degrees. Meanwhile, my skin is dramatically losing its elasticity so I’m noticing new and different wrinkles … and I don’t like them! I’m on the serum roundabout, trying to find a product that works for me. Hmm, maybe next stop is Botox Town. 🙁

I have quite long hair and it’s always been my crowning glory! It’s probably my best physical feature. But when I look on the floor after brushing it, and there is hair everywhere, it’s quite disturbing. Hair fall is natural, they say. A hundred hairs a day, they say. Yeah, well I don’t like it. Thankfully, it’s still in great condition but it’s also thinning around my hairline at the front. It’s also a different texture now. I dye it every 3 to 4 weeks so I’m not really sure just how much grey hair I have but the greys are coarser and ‘kinkier’ (ooh-err!). As a result, my hair has kink haha! It used to be dead straight, now it’s got a mind of its own.

Hair where you don’t want it!

It’s just cruel! I’m losing my hair on the top of my head and growing peach fuzz on my face like a pubescent boy! There’s the lady-mo and there’s the fluffy jowls. To date, I’m not touching it. But watch this space.

I creak and I groan, my muscles ache, my knees crack and I’m just not as agile anymore.

Menopause is just part of life

In talking with girlfriends and female relatives about menopause, I’ve noticed some are devastated that it’s happening, some welcome it and some have barely felt a thing, even though their blood tests have confirmed they’re in menopause. I feel like it’s just a part of life, even if we do have to put up with symptoms, however inconvenient or life-affecting they are. If you can get through without Hormone Replacement Therapy (HRT), then great, but lady, if you’re suffering and not coping, get thee some help!

Menopause gives you a great excuse to stand up for yourself and say “I’m a grown woman, I’ve lived a bloody good life to date and looking ahead, I’ve got mountains to climb and books to write!” (Or whatever that may be to you.) Please don’t see it as an excuse to lay down and give up. It’s temporary! And on the other side is stability plus no periods! Try to embrace it as a rite of passage. Think what you would tell your pubescent daughter (or did, or wish you had) upon her first period. You would be careful not to embarrass her, shame her or minimise how she feels. That’s what you need to do for yourself at this stage of life.

Tell me, what’s the best and worst part about menopause for you?

*Please understand that this blog is not designed to provide medical or health advice. It is to share my experiences and in some cases, what I’ve found works for me.

Zitface! One Foot in Puberty, the Other in Menopause

Why I need FOUR pairs of glasses in my 50s!