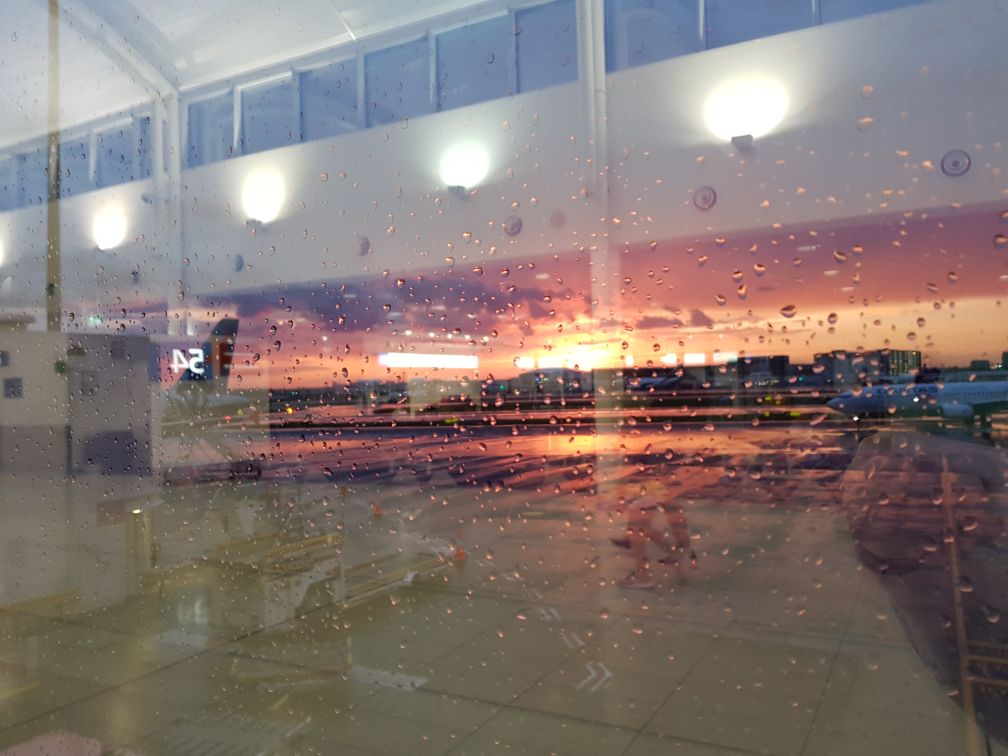 As a former fearful – and not 100% remediated – flyer, I’m always on the lookout for information that makes me feel better about flying. Unfortunately, when incidents occur such as the recent Lion Air jet crashing into the Java Sea, I need to do more homework to remind myself just how safe air travel is.

Today, I happened across an article outlining the world’s worst and best airlines, according to AirHelp.com. A little alarm bell rang in my head. When I was in the initial stages of planning my trip to the US this December, my travel agent recommended Korean Air. Well! Korean Air is #66 and features loud and clear on the list of the world’s worst airlines. Bullet dodged, I hope. At the very least, my peace of mind will be greater. Meanwhile, Virgin Atlantic is #10, right up there on the list of the world’s best airlines. I’ll be flying Virgin Australia in December but I do have faith in the Virgin brand, for safety, service, quality, comfort … mostly safety!

I should point out, the rankings are based on On-Time Performance, Quality of Service and Claim Processing. Not so telling on the safety factor but I feel that if an airline performs well on these elements, then they are keeping an eye on things across the board. (Read further below for safety rankings.)

The article I read discussed the poor safety records of budget airlines and recently on the Today Show (Australia), Captain Byron Bailey (pictured below) was called in to comment on the Lion Air crash. As a former RAAF fighter pilot and veteran commercial pilot of more than 45 years’ experience and 26,000 flying hours, I tend to trust his judgement. He said that budget carriers save money primarily by cutting costs on aircraft maintenance and pilot training. God forbid, passengers should be inconvenienced by operational delays as that costs the airline! Consumers demand that their needs be met and if that means on-time gate departures, then so be it! But what passengers don’t see is how well their aircraft is looked after or how many hours their pilot has trained in a simulator. Simulator training is expensive!

Now this is the sweet spot for me. I don’t care much if my plane is delayed. Let’s face it, if I miss my connecting flight because my originating flight was delayed, travel insurance will cover it. Inconvenient, sure, but I’d always choose safety over on-time performance. In April, my sons and I sat on a Delta Airlines 737 for two and a half hours on the tarmac at JFK Airport in New York, waiting to fly to Phoenix. At 9.30pm, the pilot called it and said we had to disembark and go back to the terminal. We bussed it back, waited another hour in the terminal then finally, boarded a bigger plane and had to wait on the tarmac then too! Ultimately, we arrived in Phoenix about four and a half hours later, in the early hours of the morning. Meh, inconvenience and tiredness. Sure, if you have important meetings to attend or family events to go to, then it’s more than inconvenient, but I’d still choose safety! (Just four days after that flight, the Southwest Airlines Flight 1380 incident occurred in which an aircraft en route from New York to Dallas experienced an engine failure. A woman passenger was partially ejected from the window and died.)

Airlineratings.com has some lovely lists that I like to refer to. You can search by airline to explore airline and safety ratings and it takes into account any previous incidents, average age of the airlines’ fleets and audits by governments and the aviation industry’s regulatory bodies.

Warning! If you’re a fearful flyer, you may not want to visit aeroinside.com as it displays lists of aviation incidents and accidents. Search by incident, accident, crash, report or news and then choose the airline you want to know about.

Are you a fearful flyer?

For me, it used to be about popping a 5mg Valium before every flight. That, or chugging a glass of red wine right before boarding (which meant I’d usually avoid morning flights). But at some point, I had to check in with myself and ask: “Are you really scared of flying? Or is it just excitement and nervous anticipation?” Once I was up in the air, I was fine, albeit a bit wobbly if there was turbulence. The thing is, we usually fear what is unfamiliar. Educating yourself about something you find disconcerting can be the answer. I went along to a ‘Fear of Flying’ class, a talk given by a former commercial pilot and it was excellent! It was a very small class so we pretty much had one-on-one access to the pilot and could ask him anything we wanted to know.

Paul Spottiswood, the pilot was very calm and knowledgeable, highly experienced and, as I’m sure all pilots are, very passionate about aviation. His passion was infectious and we all started to feel quite enthusiastic about our upcoming flights. I’ve since flown – Brisbane to Sydney and back again – and even though there was a little turbulence, felt absolutely fine from takeoff to landing.

Brisbane readers, look up the Relaxation Centre at Alderley and enquire as to the next Fear of Flying day. It was just $30!! Everyone else, simply Google ‘fear of flying’ course in your area and you’re bound to find something that can help you.

If you’re a fearful flyer, perhaps the best way for you to feel comfortable if you must fly, is to book a flight on one of the following airlines.

Interestingly, one of the most memorable lines of the 1988 movie Rain Man was when autistic savant Raymond (Dustin Hoffman) repeated: “Qantas never crashed.” And it still hasn’t, 30 years later. Enjoy this scene from the movie.